Don’t miss our next live events: For the Love of Italy – First Fridays at 12 pm ET and Presto Italia! – Last Fridays at 6 pm ET

Opening for an Italian Citizenship Specialist

Records for Finding the Town of Origin for Italian Ancestry

When beginning your research on your Italian ancestry, it’s not enough to simply know your ancestors came from Italy. In fact, nearly all Italian records useful for genealogical  research were, and still are, created at the municipal or comune (town) level. Therefore, you won’t know in which town to research if you have it first on some other research, making the search for your ancestors very difficult.

If an immigrant ancestor’s place of origin has been passed down in family lore, congratulations! You made a great first step in identifying your town of origin. But if you don’t know what town of origin (or if you want to verify the family stories you’ve heard), you’ve got some work ahead of you.

You can determine your ancestor’s place of origin in a variety of records. In this blog, we’ll share some common (and some not so common) resources that can reveal your ancestor’s town of origin or, at least, point your research in the right direction.

Many researchers assume their ancestors were born in the town named on their ancestor’s passenger list, but this may or may not be true. In addition to lacking specificity (many immigrants were listed simply as being born in Italy), passenger lists can also misrepresent a person’s origin. For instance, your immigrant ancestor may have said he was from “Napoli” when he really came from the city of Aversa, similar to how someone from Yonkers, New York might say he hails from New York City for simplicity’s sake. This kind of generalization can throw off your research, so you sometimes need to think beyond the obvious.  To learn about some other problems like this, be sure to check out page 44 of the book, The Family Tree Italian Genealogy Guide: How to Trace Your Family Tree in Italy.

In addition, passenger lists may not always list the correct town – but what port your ancestor left Italy from may give you a clue about what region he came from. Nearly all emigrants from the northern provinces left from the ports of Genoa or Le Havre, France, while those in central and southern Italy typically left from Naples and those from Sicily generally left from Palermo.

What is important to remember is that the official in Italy, who created the immigration manifest that came with the ship and your ancestor to the United States, was usually a native Italian, which lessens the chance of misspelling due to language issues. Misspellings happened, but not as often as people might think. Italian names were not deliberately changed at Ellis Island, despite the common misconception. Any changes to names would likely misunderstood, and you may need to think phonetically if you feel your ancestors name might be misspelled.

Some naturalization documents provide the town of an ancestor’s birth, depending on the year of the document and the laws in place at the time. Naturalization records after 1906 were more likely to have this information, and a town of birth can appear on either (or both or neither) the Petition for Naturalization and the Declaration of Intention. Given that, make sure you research all parts of the naturalization file.

Depending on the year and place, as well as the recordkeeper’s attention to detail, documents created during the major life events of your ancestors and their descendants often contain information about place of birth. For example, baptismal records for the first few American–born children of an Italian couple may note where their parents came from, particularly for those who didn’t intend to stay in the United States and asked their parish priest to send a copy of the child’s baptismal record back to the home parish in Italy. Likewise, couples may have noted their town or province of origin on marriage documents – more likely in parish marriage records, though both civil and parish are worth researching when looking into your Italian ancestry.

Records of various legal procedures can contain place of origin information as well. While most people don’t consider property records a valuable resource for finding an ancestor’s town of origin, for example, Lo Schiavo Genealogica has found multiple Italian ancestors whose place of origin is given in some, if not all, Property Transfers they filed throughout their lives.

Likewise, the wheels of Italian immigrants often show money or property being left to relatives who remained behind and Italy. In these cases, you can find an Italian town of origin, home Parish, or address within the probate papers. Even the probate file of someone who died without a will can provide a clue as to that place of origin. In one case we researched a couple whose only clues to their place of origin were her will and his intestate probate papers, which both showed a sum of money being sent back to parishes so that masses could be said for them upon their deaths.

When records can’t provide you with a town of origin, you may be able to turn to your family stories or traditions for clues. Most people have some idea about what province or region of Italy their ancestors might have come from, and these leads, while not foolproof, can be extremely helpful when doing your Italian ancestry research.

Here’s some questions to ask yourself and family members:

As of 1900, this practice was still widespread, and it was common for the young couple’s parents to arrange their marriage. It was part of every Italian mother’s role within the family to do two things: (1) to find marriage partners for her children when the time came and(2) to save money so a bridal gift could be given to each son and a dowry to each daughter.

To learn more, purchase The Family Tree Italian Genealogy Guide: How to Trace Your Family Tree in Italy! 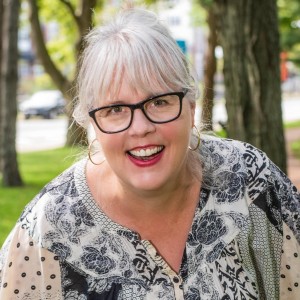