Our professionals are some of the most experienced in the business. Many other genealogy research firms, dual citizenship companies, professional genealogists, and military and governmental agencies contact us for high quality research work. We have a reputation of being the firm that is able to find Italian records that other firms cannot locate.

Schedule your free discovery call today and speak with our owner to find out how Lo Schiavo Genealogica can work with you on your Italian genealogy research or help you secure your Italian dual citizenship. 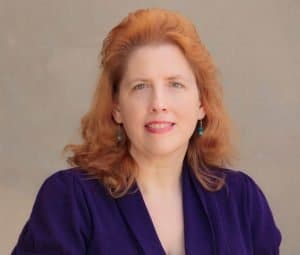 Melanie is the owner and principal researcher of Lo Schiavo Genealogica, LLC. She is an experienced professional genealogist specializing in Italian genealogy and reclaiming Italian citizenship via jure sanguinis.

In 2017,  she published “The Family Tree Italian Genealogy Guide: How to Trace Your Family Tree in Italy.” You can purchase it on our PUBLICATIONS page

As a member of the Association of Professional Genealogists (APG), Melanie abides by the Code of Ethics set forth by that organization. She served on the APG Board of Directors in 2010 and in 2013-2014 and is a former member of the Professional Development Committee (PDC). 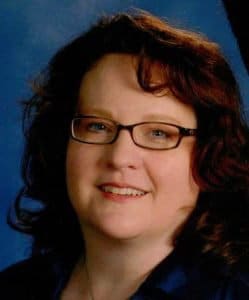 Corey is a professional genealogist with experience in Italian, French, U.S., and Canadian research. She earned an M.B.A. in international business from Georgia State University and a B.A. in international studies/French from Virginia Tech University. Corey holds certificates in genealogical studies from Boston University and Monterey Peninsula College and has completed the Excelsior University practicum in genealogical research. She completed the ProGen Study Group, an 18-month intensive study of the book Professional Genealogy.

Corey has worked with Lo Schiavo Genealogica since 2013 and manages the firm’s dual citizenship program. She enjoys helping clients throughout the dual citizenship process, both through the consulates in the U.S. and onsite in Italy. She is passionate about resolving challenging issues with client documents. In her spare time, she runs an Italian language conversation group in her town. She is a former board member of the Association of Professional Genealogists. 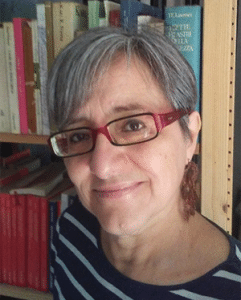 RAFFAELLA GEROLA  (Onsite Citizenship Team Leader) Raffaella Gerola was born in Milano. After graduating from high school, she enrolled in the Silvio Pellico School for Interpreters and Translators and graduated with honors. Her more than 30 years experience and commitment in the field of translation and interpreting has led her to tackle first the electrotechnical sector and then her passions , namely art, archaeology, and modern history, both as a translator and a linguistic collaborator during various international conferences. For about six years, she has lived and worked in Parre, in the upper Seriana Valley (Bergamo province), an area that she and her family have enjoyed since she was a child. 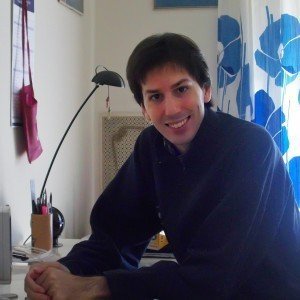 Michele joined the team in 2010 and has extensive experience in researching all types of Italian records. He manages our Italian office and handles the majority of the onsite research in Italy. Michele maintains a type of certification that allows him access to certain types of parish collections only available to professional scholars and those with this certification. This can be a valuable asset to our clients, as it often enables us to accomplish more for our clients then other research firms. Michele works exclusively with Lo Schiavo Genealogica, LLC and can communicate in several different languages. 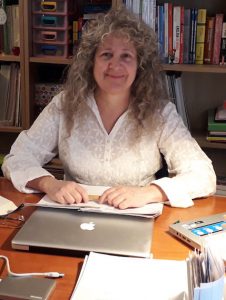 Rossana Taddei has been living in an international environment since she was young, having lived for many years in different countries. She studied Italian and Spanish from the very first steps, with the English language arriving later. Rossana had the opportunity to live in the culture of each language, which has given her the required background to understand the way of thinking and idiosyncrasy of different cultures of the world. She completed her studies in Italy, where she currently resides.

Rossana has a Master of Arts studies, Italian studies degree, granted from the Università degli Studi di Genova; and a post degree Master I Level in Juridical Specialized Translations, granted by the same university. She continues to increase her skills in translations and teaching, in order to work more professionally.

She started working in the tourism field about 1994 and gradually became involved with translation work concerning sports, medical, culinary, legal and criminal subjects, becoming more and more interested in linguistics. Rossana started teaching about the same time and worked as a private tutor for children of all levels in humanistic courses. Later, she began teaching the Italian language as a Second Language, having taken academic courses to increase her knowledge of this specialty. Rossana Taddei has been working as a translator for Lo Schiavo Genealogica, LLC since 2017 and considers them to be an excellent and very well-organized team. She hopes to continue her work with Lo Schiavo for many years to come. 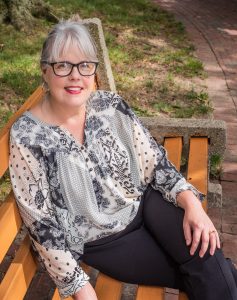 Dennise of CTD Creative Consulting manages all of our digital presence. She combines her years of experience in communications and workflow systems development to help us build a community and connect with the people we wish to serve. She is a huge fan of positive psychology and good ole hard work. The combination makes her a pragmatic optimist who is excited to help others make their digital mark in the world. She is a digital media navigator and believes in the importance of keeping the social in media. 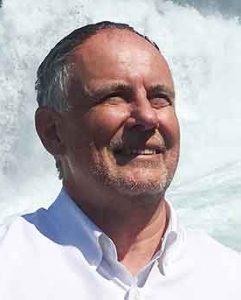 Paolo was born in Tarquinia, north of Rome, and now lives and works in Milano, Italia. After his receiving a degree in Classical Studies and an MOA in Electronic Engineering, Paolo worked in key international management positions for main Industrial Automation companies. In parallel, he developed an interest in genealogy and family history, collecting a large amount of facts, memories, pictures and documents around his family and other’s. He has helped many people building their family trees, identifying well over 8,000 ancestors and digging out more than 20,000 documents related to their family history which spans more than 10 generations. Paolo used some of this data for a few “investigative stories” he wrote on the most interesting characters he found in his quest.

Paolo has facilitated an international team of four in a two-year project to create the family tree of some interconnected families from Castiglione Messer Marino, in Abruzzo, starting from the year 1690. This has included copying a few hundred parish documents, “unravelling” the data, and building a GEDCOM database. He has utilized DNA techniques to resolve dubious family links including: DNA triangulation, clustering, Lazarus, tracking of mt-DNA and X-DNA. Paolo is fluent in Italian, English and French, and can translate documents from Latin. 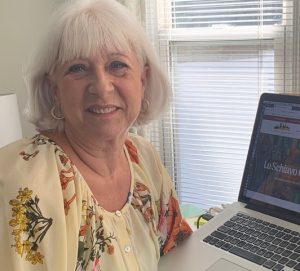 Laura Chambers grew up listening to her mother’s weekly calls to her Nonna in Italian and has always embraced the ancestry of her immigrant grandparents. She spent the bulk of her career working in television while exploring her own family history in her spare time. In 2015, she decided to kick her knowledge of genealogy up a notch and completed the Boston University Genealogy Certificate program and that convinced her that what had heretofore been an avocation should be a vocation. She has a broad interest in all ethnicities but has a lot of experience with Italian and Irish genealogy (her father’s side) and is the past membership VP of the British Isles Family History Society in Los Angeles. 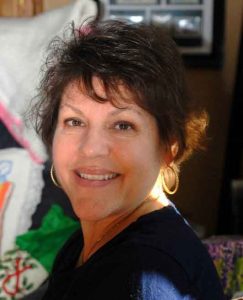 Lucia Cusimano is a first-generation Italian American; she is Sicilian and Abruzzese.  Her parents were the quintessential Italian immigrants who worked hard, lived simply, and loved family. They always spoke of and shared stories of their Palermo and Abruzzo, and of course of their families. Lucia grew up a genealogist without even knowing it, as she asked them so many questions, and kept track of aunts, uncles, cousins, ages, what they did and where they were from. The family tree was a lifelong venture, and she finally visited her Italian family, and researched there in 2007 and 2019; and of course, plans to return.

Lucia holds a certificate in genealogical studies from Boston University, completed the 2020/2021 ProGen Study Group, an intensive fourteen-month study of Professional Genealogy, and has attended genealogical institutes, classes and webinars, focusing on traditional and Italian research.  She is a member of the Association of Professional Genealogists (APG), the New England Chapter, along with other local and Italian genealogical groups. In March 2022 she retired after 33 years of service as a police/fire Supervisor /dispatcher and brings those skills to her research with LoSchiavo. She is new to the LoSchiavo Genealogica Team and hopes to play an integral part in helping clients reach their goal of Italian citizenship and reunite them with their roots. 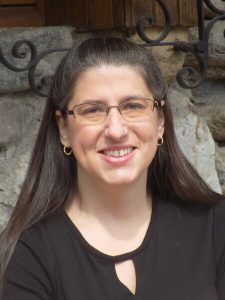 Lisa Boehm grew up in Massachusetts, where she attended the University of Massachusetts in Lowell. She first contacted Lo Schiavo Genealogica as a client, looking to learn more about her own ancestry. The project gradually grew from information, into a journey to gain dual citizenship. Lisa is currently living in Clusone, in Italy, while pursuing this goal.  She joined Lo Schiavo in the Spring of 2022 because, as she says, “This experience has changed my life. I can’t think of anything I’d love more than to help others change their lives as well”

Lo Schiavo Genealogica, LLC also uses subcontractors around the world to access some of the more unusual archives, help manage a client’s project expenses and enable research projects to move along more quickly. These researchers are chosen from lists of professional researchers maintained by such organizations as the Association of Professional Genealogists, the Board for Certification of Genealogists, and the Council for the Advancement of Forensic Genealogy.